If you’re traveling to Chongqing anytime soon and are in need of a Chongqing tour guide, we can help. Our Chinese-English speaking tour guides in China will help make your tour a pleasant one. A Chongqing city tour is very popular amount tourists visiting China and there are plenty of attractions to see.

Chongqing is one of the largest municipalities, located in Southwest China. It is one of the four municipalities, under the direct control of the Chinese Government. It was also the temporary capital of the Republic of China for almost 10 years. Situated at the confluence of Jialing and Yangtze rivers, the city is crisscrossed by mountains and rivers.

The city is endowed with a rich cultural heritage, delicious spicy food and kind locals. Being built on mountains, Chongqing is also nicknamed as “Mountain City and the place hosts a large variety of flora and fauna, dense forests and mineral resources. Chongqing experiences heavy relative humidity and gets very little sunshine. It is often called as ” Fog City” since most the days are covered in fog.

The city has a long and rich history since the first humans in China –the Wushan people appeared in this place 2 million years ago. Mandarin is the common language spoken in this place, and a Chongqing one day tour can help you better explore the place. After you fill out the request for a free quote, a Chongqing travel guide will  share more of the amazing experiences, the scenic beauty, the fabulous nightlife and the delicious food this place has to offer.

Being the commercial and transportation hub of southwest China, Chongqing tourist attractions seem to never end. The city is always bustling and lively. One of the major tourist attraction here is the Wulong Karst, Geological Park. This park is designated as a UNESCO World Heritage Site and houses impressive karst formations, along with caves and streams. The Three Natural Bridges formed by limestone is a popular site in the park. Along with it, it has the Furong Cave and Houping Tiankeng. 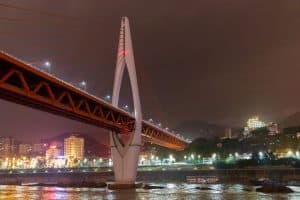 If you wish to run away from the noisy city, I can take you to explore an ancient town called Ciqikou Old Town. This town was a famous commercial port during the Ming and Qing dynasties. It was also known as “Porcelain Town” because it used to produce top quality porcelain. There are shops even now that sell beautiful porcelain pieces.

The Dazu Rock Carvings are yet another UNESCO World Heritage Site. It consists of a series of religious Chinese scriptures and carvings along with epitaphs depicting Buddhist philosophies. Rock carvings and statues are also found along Mount Boading.

We can also go to China’s first Underwater Museum called the Baiheliang Underwater Museum in Fuling district. It is situated on the Yangtze River along the  Three Gorges area and is basically an archaeological site which was submerged due to the construction of the Three Gorges Dam. It contains a stone ridge and exhibits ancient Chinese inscriptions recording the water level changes in Yangtze river for approximately 1200 years.

If you like spicy food, then we can try the famous Hot Pot of Chongqing. It is so spicy that it gives a numbing feeling to your mouth, but it is equally delicious. After dark, I will take you to the “Times Square” of Chongqing, which is in Jiefangbei. The colorful lights from the tall buildings surrounding the center square will lighten up your hearts.

To hire a Chongqing tour guide just fill out the form on this page to request a free quote.