Tianjin Interpreter For Hire in China

If you have any plans on traveling to China and are in need of a Tianjin interpreter, we have you covered. Use this page to hire an interpreter who speaks English well and communicate effectively. Services provided for things like business meetings, factory visits, hotel assistance, car drivers, tour guides, or any other service which needs an English speaking assistant to communicate with local Chinese people.

Why hire an interpreter in Tianjin?

Tianjin is the perfect place to take in the culture and learn about the history of this ancient place. China is one of the most culturally-rich countries in the world and Tianjin, being the fourth largest city in China and the biggest coastal city in the Northern part of the country. If you were to hire an interpreter on any trip, this is the place I would most recommend it. Bypassing the language barrier is the best way to really immerse yourself in your surroundings. Whether it be in one of the many ancient villages or in the middle of a busy metropolis, communication is key to getting the most from your experience.

Tianjin, China is a picturesque, mystical place cloaked in fascinating history. Everywhere you turn, there is an amazing view with historical, and cultural, significance firmly attached. When planning one’s itinerary you’ll not find a shortage of remarkable locations, many of which do have at least some form of an English translation (but not all!), however, this is where your Tianjin interpreter will very much come in handy. Not only for translation, but also for explanations of the symbolic meaning behind most of these architectural relics of the past. 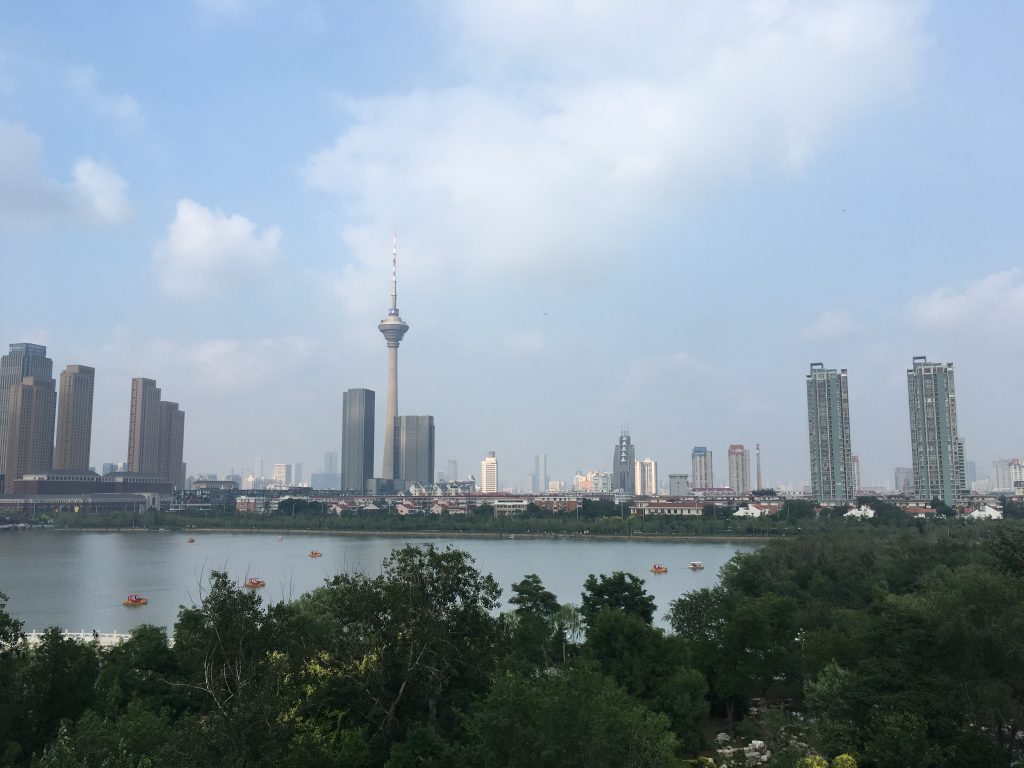 While only a portion of The Great Wall, this section is just as breathtaking to experience as any other parts and this area seems to be less crowded than the more popular sites. The wall itself is man-made, dating back to the Northern Qi Dynasty. Running about 42 kilometers (26 miles) in length, there used to be more watch and beacon towers, however, due to lack of care, large parts of the wall have collapsed. There are a few watchtowers and beacon towers still standing, and open for visitation.

This three-story museum holds some 200,000 artifacts, including oracle bones, historical documents, and other various relics. Its third floor is almost entirely dedicated to the progress resulting from the Opium War and how the city has developed throughout the following years. The Tianjin Museum is located right in the heart of Tianjin, just south of the city center. Being a part of a cultural complex, there are quite a few other museums close by. There is much to be learned by these educational exhibits. Be sure to write down any important inquiries you may want to ask your Tianjin interpreter.

“Do not do to others what you do not want to be done to yourself” – Confucius. A philosopher, yes, but also a Chinese teacher, editor, and politician. This is in addition to being an all-around inspirational and profound man. Many do, or at least should be, living their lives within the wisdom of Confucius. The temple, which is located on Dongmennai Dajie, Nankai District, was built over 500 years ago, around the year 1743. The impressive structure is one of the oldest in Tianjin. His influence reached far past Chinese tradition and culture, with most of the world at least aware of his works. The temples are a place of peace and worship with annual ceremonies performed in the philosophers’ honor.

To hire a Tianjin interpreter just fill out the form on this page to request a free quote.

Looking for interpreters in other China cities? Click to see a list of all cities offering interpreter services.