What Not to Eat in China – Food Safety Tips

Make no mistake, China is a paradise for those who are looking to try out as many flavors as they can. Often called the food capital of the world. With so many different kinds of dishes available, you could go a whole year of eating and not repeat the same meal twice if wanted. The country is ripe with options to taste new dishes in each providence, especially since every place has their own take and seasonings as well as the means to prepare every offering. This means you will also need to know what not to eat in China in order to avoid any problems or getting sick. 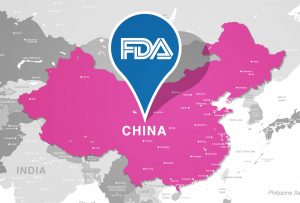 Is Food in China Healthy?

There are a lot of restaurants in China, especially in the big cities, and while most of them go through a lot of hardships to get fresh ingredients, others take the easy route and could cause some health issues to their patrons. This is not uncommon at all, while some businesses thrive with ongoing clientele, others struggle to keep afloat, and they need to make up for it by cutting costs and making their food in questionable ways. In general, you will find a lot of the food is healthy, but there have been plenty of food safety incidents over the years.

Is the Food in China Safe?

A thoroughly Google search will reveal that there is a lot of food safety issues that have haunted the mainland for a very long time. Many people are ignorant about the seriousness of this situation, especially tourists. Most of them will face some form of intoxication in their visit because they haven’t done their homework about how to avoid food poisoning in China.

We do worry about the people coming to visit. After all, tourism is one of the many reasons the country has an uplifting economy. We gathered a few snippets out of the internet, and we have made a compilation of the foods you need to avoid when you visit the country, at least for the sake of your health.

What Foods do Chinese Avoid?

If you are wondering about what foods Chinese people avoid the most to prevent any problems or sickness, you don’t need to guess about what not to eat in China anymore. We have gathered some of the least popular foods in a single list for you. Take a moment to read it on.

The basic 101 on how to avoid food poisoning in China is to avoid mass produced vegetables. You might be wondering how a nation that uses so many greens in nearly 90% of their meal recipes has to avoid mass-produced Vegetables. The hard facts are that most of the produce in the mainland is overtly covered with pesticides.

A lot of people think these can be easily washed off, but one of the most commonly used pesticides in China is organic phosphorus, and that one is not water soluble at all. Organic phosphorus sticks to the leaves of vegetables just as oils, they are pretty hard to wash off, and the roots of some of them can absorb it.

The best way to go is to hunt down for an organic seller, but those are very few in China. Make sure you buy from a reputed company such as Walmart or another major food outlet. 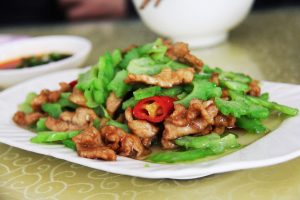 One of the best things you can do for your health is to avoid dairy products in the mainland. If you must drink milk, make sure you are being offered pure, fresh milk. Never go for Ultra High Temperature processed products (UHT).

The high-temperature processing indeed kills bacteria, but it also takes away all nutrients from it and as sad as it is to say this, most Chinese dairy factories add a lot of preservatives to their products, as well as artificial flavors and thickening agents to make these products taste better.

A lot of these products have labels redacted in English since they are aimed at international markets as well. Avoid anything that lists milk powder or reconstituted milk on their ingredients. They are considered substandard products even by Chinese standards.

If you are looking to buy fresh fish or sea products, avoid buying live fish on open markets. The best way to go here is to purchase fresh-frozen options. The people living in the mainland think that live fish is the freshest option because it offers the notion of being recently caught. The truth is that live fish will only stay fresh for eight hours or less.

If you are buying fish in a city that is not close to the sea, that product probably has endured already a long time being transported before getting to the market. A lot of vendors use Malachite Green, a dye used for industrial procedures to keep the fish looking fresh and to make them live a tad longer if they are being held in a tank. This product is inexpensive, but it’s highly toxic. So it is best to avoid it.

This is one has a red flag on top of it. Shellfish or clamshells are a tricky endeavor in China. They are mostly caught on rivers, and it’s sad to admit that most of these natural venues are truly polluted. You will find a lot of metals riverside such as nickel, mercury, and chromium, all of them contributing to the pollution problem.

Since shellfish eats plankton and microorganisms that are floating in the water or living in the mud, chances are they are contaminated or have metal deposits on them.  A lot of vendors will tell you that boiling them to the highest temperatures will make them clean, but almost no restaurants boil them before serving, they just get cooked on the pan or stir-fried to be served. 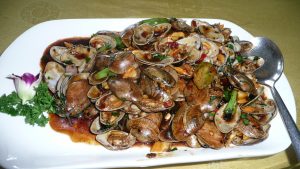 We can stress enough that some of the most exotic offerings in Chinese cuisine have industries that are highly unregulated behind them. Frogs and finless eels are one of those examples. They used to be regarded as delicacies by everyone.

They became so popular that demand was high, and a few people invested considerable sums of money in keeping the market replenished of these ingredients. The problem is that frogs eat a lot of greens and they are offered the same type of vegetables we just told you to avoid.

Overeating them will certainly poison your system. As for eels, there have been reports that many farmers feed these animals many contraceptives to accelerate their growth, and this can cause a lot of trouble in the long run with your health as well.

There are a lot of fried treats being sold at supermarkets in China. One of the most inviting is the ever popular dumplings that are offered in most restaurants. Try to avoid them, even if you are getting a prestigious brand. Most of the times, these vendors are offering a pre-fried and repackaged products that it’s already expired or it has a very close date of caducity. They are also very high in sodium.

The main issue with smoked meals in China is that all of them are full of nitrates that are very dangerous if they are consumed too frequently. Most of these smoked goods are also processed meats that have a very high caloric intake and a lot of artificial coloring to make them look good. The problem with these cuts in the mainland is twice as bad as it is in other regions of the world, especially since there are so many brands offering the same type of products.

The ever-increasing demands of daily life in Chinese society have made these traditional vendors a health hazard. Most of them used to take some time to pick the best ingredients and sell great meals at low prices, but the increasing competition, as well as the rising costs of ingredients, has many of them flipping tricks such as buying gutter oil for cooking (recycled oil collected from other restaurant, grease traps, and other unsafe locations). 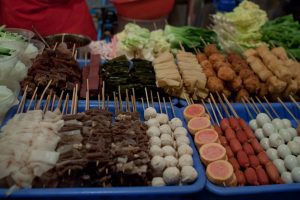 Most of the food you encounter during your trip across the country will in fact be safe, but taking precautions is always most important. Now that you know what not to eat in China when visiting for your first time, you can enjoy your meals without any risk or worry. With so many delicious dishes to choose from, don’t be afraid to try new foods for the first time. There will certainly be many things you have never tried before when it comes to eating in China. Every city offers their own unique specialties you won’t want to miss. Stay safe and enjoy your travels!