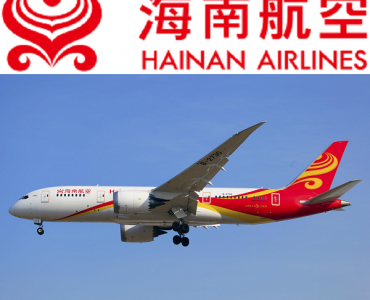 Taking a flight isn’t most people’s idea of a good time. The long lines, luggage fees, long layovers, and exorbitant prices can turn a trip into a nightmare. But, what if it didn’t have to be this way? It doesn’t have to be – not if you book your next flight with Hainan Airlines. It’s not a pipe dream. This Chinese airline is one of the fastest growing on the planet.

It’s easy to see why. They offer an amazing in-flight entertainment system, comfortable seating, affordable prices and more to make your journey significantly more enjoyable. But don’t take our word for it. When taking a trip, it’s important to know what you’re getting yourself into. Picking the right airline can make all the difference.

So to help you make the right choice for your next trip, consider our review of Hainan Airlines.

Although Hainan Airlines isn’t well-known outside Asia, the truth is, it’s one of the best when it comes to service and standards. In fact, it’s part of the HNA Group, a Fortune Global 500 company whose made its mark in the logistics, tourism, and financial services industries.

This operation strives to provides its customers with the very best. By all accounts, they’ve succeeded. Hainan is the only 5-star Chinese airline in the world according to Skytrax, a British consulting firm that rates the industry. This five-star rating is no accident. Hainan offers several services that you will enjoy.

The Pros Of Hainan Airlines

The Cons of Hainan Airlines

There are a number of good benefits, that’s for sure. However, while doing our research, we did come across a common complaint – the lack of routes, at least in comparison to other major airlines. But, it’s important to note that Hainan services approximately 500 routes across North America, Europe, Russia, the Middle East, Africa, Australia, New Zealand, and Asia. Plus, it adds new routes just about every month.

If you’re traveling through Asia and Europe and are looking for a cheap, but high-quality, flight you can’t go wrong with Hainan. Not only is this airline incredibly affordable, but it also features all the creature comforts needed to ensure that you reach your destination in good spirits. We hope this Hainan Airlines review helps to make your decision making much easier. Safe Travels!

Write Your Own Hainan Airlines Review Below