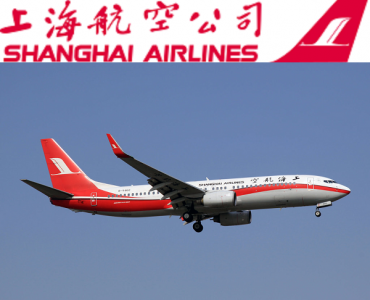 Planning a trip and want to know if this is a good airline to fly with? Here we put together a Shanghai airlines review from our own personal experience for you to get a better idea about what to expect. You can also read other customer reviews below and submit your own review for others to see.

Since its invention in 1985, Shanghai Airlines is indeed one of China’s oldest. The airline was started by Shanghai province’s government in conjunction with the local businesses to function as a domestic airline linking China’s commercial capital to the other parts of the country. Shanghai Airlines previously concentrated operations at Shanghai International Airport which is the city’s major domestic capital. On the other hand, their rivals, China Eastern worked from Shanghai Pudong International Airport, the city’s primary long haul airport.

In the economy class, a hot meal or snack, as well as complimentary beverages, are served on the basis of flight time. However, there is no inflight entertainment.

In 2018, this airline delivered its first Boeing 787-9 aircraft. This aircraft includes 285 seats including 26 business class seats and four first-class seats. The business class seats include doors and personal in-flight entertainment systems. Depending on the flight time, passengers flying in this class are given a full hot meal or superior snack and alcoholic beverages. Typically, there is no in-flight entertainment.

Some Of The Pros

The seats are comfy, while the food served is delicious. While onboard, you won’t complain since the staff is friendly and welcoming.

The services offered are unrivaled. Even in a short distance, you will also get a snack. The crew is more than ready to provide passengers with assistance whenever you need it. Besides, the aircraft departs on time in most cases thus ensuring you get to your destination at the scheduled time.

What Are The Cons

If you love entertainment, this may be the wrong airline to board. Most of the aircraft have small screens, and it may be hard to read the English subtitles since the videos are in Chinese.

For a five hours flight, Shanghai Airlines has a standard business class. It does not have an angle-flat or lie flat, only standard recliner seats. Another unwanted thing is that the fork, chopsticks, and knife are made of stainless steel, while the spoons are plastic-made.

After a couple of years of growth, Shanghai Airlines started giving short-haul international flights as from 1997, connecting Shanghai to local Asian destinations popular with the residents. The airline listed on the Shanghai Stock Exchange in 2002 and then started a cargo division in 2006. It then joined the Star Alliance in 2007 but merged with its main competitors, China Eastern, in 2009. This merger resulted in Shanghai Airlines switching alliance from Star Alliance to Sky Team. It also removed from the stock exchange. Besides, Shanghai Airlines merged its cargo operations with China Cargo Airlines, which is owned by China Eastern.

Write Your Own Shanghai Airlines Review Below