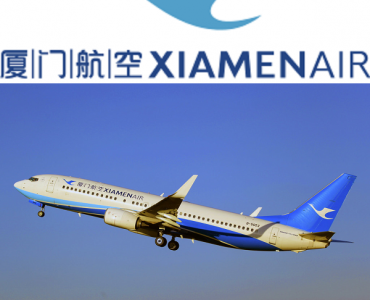 Earlier this year, I was traveling to South East Asia, and as I was searching for a budget airline and ended up going with this one. Here I put together my Xiamen Airlines review for you all to read and know more about what to expect. I was shocked to find out that the cost was almost 50% less than the other airlines.

I made a booking for the flight online through their website. The homepage was not user-friendly, and I spent a lot of time on the booking. Finally, I booked for the economy class, and my flight would take 11 hours to reach the destination.

I arrived three hours before the flight departure as I did not want to miss the flight. On arriving at the airport, I headed over to the XiamenAir international check-in area. There was a long queue, but I managed to check in after about 30 minutes. I was handed over my boarding pass and headed to the waiting lounge. When the boarding time came, I proceeded to the gate. There were two boarding areas, for the economy and business/first class passengers.

The cabin crew was very friendly, but only a few would communicate in English. They were quite helpful and directed me to my seat. The cabin announcement was made in Chinese, and I barely understood anything.

The seats were made of leather and were quite comfortable compared to other budget airlines that I have traveled with. They looked new and in good condition. On the seats, there was a small blanket, a pillow and a pair of headphones. One of the things I didn’t like about the seats is that they were very close to each other lacking privacy.

The seats could easily recline, and I was happy that I would catch some sleep for the long journey ahead. Under the seat, there was some storage for storing any personal belongings.

After around 40 minutes after takeoff, we were served with refreshments. I choose some soda and cold water. About a few hours after takeoff, we were offered the first meals. The flight attendants had different options to choose from. Both the food and the service from the flight attendants were good. After I had taken my order, I was first offered a starter course that included salad, beef, and tuna. For the main course, I selected soup, vegetables, and seasoned steak. For dessert I ordered fruits, and I was served with crackers, nuts, and grapes. I was impressed with the meals served on this flight. All the meals were delicious and tasty.

There was the amenity kit that had a toothbrush and toothpaste. There was also a screen whereby you can watch as many movies as you want and also listen to music. It is important to note that Xiamen Air do not allow one to use their phones even on airplane mode. They provide a phone storage unit where you can charge and store your phone until you land.

After the plane had landed, we got a bus that brought up to the terminal that leads to the immigration facility which took a few minutes. Everything on this airline was beyond my expectations. I was not only impressed by the cheap rates but also by the cabin crew, comfortable seats, and tasty food.

In conclusion this was one of the most enjoyable airlines I have experienced and would no doubt recommend it for others. Hopefully after you read this XiamenAir review everything is more clear and you know what you’re getting into.

Write Your Own Sichuan Airlines Review Below