Can I use Google Translate in China?

Planning on traveling soon and wondering “Can I use Google Translate in China?” The answer is yes, you can. The translation app works great in China for translating Chinese to English and vise versa. You will not even need to have your VPN turned on for it to work either. As long as you are connected to the Internet, it will translate for you.

It’s a very convenient app recommended to all foreign tourists visiting China to download and use. Although a VPN is not required to use the app currently, you will still either need a VPN to download and install the app, or make sure you already have Google translate app installed on your phone before coming to China.

While patching things up seems pretty unlikely at the moment, Google has been able to reintroduce, slowly and steadily, a few of their features under the radar of the Chinese government machine. If you are asking yourself if does, Google translate work offline in China? The short answer is “no,” you will need to be connected to the Internet in order for the app to function.

The Baby Steps Taken Before 2019

Before the conflict with Huawei started, Google had managed to reintroduce the Translate mobile apps to China again. So far, the company still has the service up and running since many users have reported the ability to use the app without the need for VPN software to bypass any of the local means of censorship. The main site of Google still redirects the local search engine to the Hong Kong site, and many of their services like Google maps are still censored in the country, and it doesn’t look like this is going to change for the foreseeable future. The low-key relaunch was a first in 2017, and the fact that is still running is a little indication that all hope is not lost on this complicated relationship.

Google still keeps the web-based version of Translate that is accessible to its China users since the company left the country. This is because half of China’s Internet users have access to the Internet via mobile device according to the government figures. Apps like Translate give the service a wider reach. You can download the iOS version of Translate in the Chinese App Store, while Google is telling Android users to manage a direct download from their servers in the country. Not so long ago, the people of China could only use the app if they were connected to a VPN to avoid the government’s great internet wall.

The Precedents of a Good and Fruitful Business Relationship

Google Translate has been a working app for China for almost eight years now. To this day, they still keep it updated to make the app work better without being left behind. The long term plan for the app is to keep running under the supervision of Google’s joint-venture in China, which is tasked with running the services that still remain in the mainland and that are always subject to any government regulation or requests for censorship.

Google has also stated that users of the Chinese version of Translate have at the moment full access to the service, something that includes the use of “Word Lens,” a feature that translates words on photos that have been snapped using the app. Word Lens also gained support from the Chinese government last year, mainly because mandarin and Cantonese were the first languages picked by Google for their new learning machine that handles translation technology. This device went live in September of 2018, and it has improved by leap and bounds the capabilities of the service.

To say that Google has had a strained relationship with China would be a massive misunderstanding of the strained relationship between the multinational juggernaut of multimedia communications and one of the most reclusive nations in the world. The company decided to leave the mainland almost eight years ago after the national government of the country made it nearly impossible for them to operate after imposing burdensome regulations that limited their range of action. 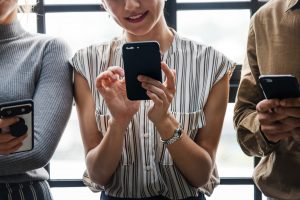 Keeping up With Google Translate in China

The update is meant to make the use of Google Translate a better experience for Chinese users. The new tech is intended to help break down communication barriers and allow people to connect around the world. The launch was lauded as a significant step forward by organizations such as GreatFire, a nonprofit group that is able to track internet censorship in China and is able to bypass their censoring methods for companies such as the BBC, The New York Times as well as other media outlets who need to go around the bushes when it comes to Chinese censorship.

The company is not making any loud noises, but they regard the move as one way to thwart the censorship of the Google Play store in China. The company hopes to provide support and guidance to app developers who need to adopt similar tactics to enter the incredibly closed Asian market. It’s a way to make a stand against anti-censorship initiatives, and it shows that China is following their traditional path of doing business, even with the massive fallout of one of their most prominent companies.

For now, it’s a good thing that Google is still able to operate in the Asian nation, even if it is a fraction of its capacity. It’s good for Chinese users who also need the app to have access to more content that might need a translation. Even with these baby steps given on a non-visible negotiation table, it doesn’t mean that there aren’t local offerings willing to get the attention of the people. Baidu is one of the companies making a bid to offer the same type of service, but they do have a way to go in this regard when it comes to facing Google

The Greater Good with a Sight on the Future

At the moment, Google Translate still doesn’t generate any form of revenue for Google, but it boosts their visibility on Chinese users. It also sets a precedent to introduce China-specific versions of other Google apps as well as other services in the future. They make no claims about what it’s to come since they are still monitoring the ongoing situation with the trade war and tariffs that could affect them directly. Before the Huawei embargo, there was a big possibility that this was a launch test to reintroduce a custom made version of Google Play for China.

If you think about it, it will make sense. Even with the current conflict, Google has ambitions to bring Google Play Store to the mainland, even with all the rumblings of the media and the tantrums of the political actors on both sides. Of course that there is no concrete evidence to this move, but given the current state of the world is not a farfetched thought. The Android ecosystem is currently dominated by third-party app stores, including 91-Wireless, a company acquired by Baidu for $1.9 billion in 2013, Alibaba a centralized content hub owned by Wandoujia, as well as offerings from Xiaomi and Tencent.