China is one of the only Asian countries which is known for its massive size and varied geography. However, China is a culturally rich vast country that offers so much to explore and discover. I’m sure you must have heard people go crazy about modern Chinese architecture; Have you ever wondered what is the most famous building in China? When we talk about Chinese buildings there is a long list of famous buildings in China that every tourist should definitely visit. If you’re planning to visit China and you’re not sure which buildings to visit then you’ve come to the right place.

From an inventory of infinite famous monuments of China, here’s listing 10 famous buildings in China that you must visit once. 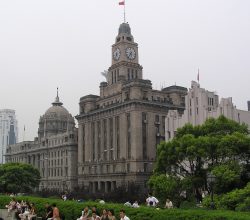 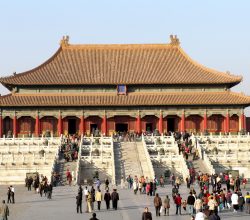 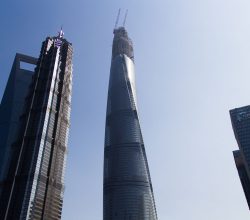 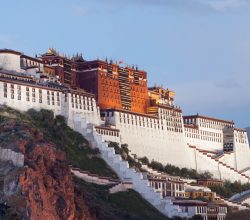 1. The Bund in Shanghai

The Bund, also known as the museum of buildings is the most popular waterfront area in Shanghai. It is symbolized as the place showcasing modern Chinese architecture. It is globally praised for its colonial European buildings and skyscraper views. The Bund is recognized as the pride of Shanghai due to its elegant display of famous Chinese architecture. The best way to make your experience of visiting The Bund a lifetime memory is to simply roam around the mile-long waterfront. You will have a more robust understanding of the century-long charm of this town. The best part is that you will find a vast variety of architecture, from gothic to baroque to neoclassical designs, this place has it all.

2. The Potala Palace in Lhasa

The Potala Palace is a very religious administrative complex in Lhasa, Tibet Autonomous Region, China. It is one of those famous buildings in China that received the honor of being declared a UNESCO World Cultural Heritage Site. It is recognized as a symbol of Tibetan history, religion, culture, and art. The palace is enriched with valuable sculptures, scriptures, murals, antiques, religious jewelry, and Buddhist statues. This superb place also has the prestige of being the top ancient place all over the world, with its highest level reaching 3,750 meters which are way above the sea level! This 13-story high palace is spread over 13 hectares and features around 1000 rooms. The stone walls are about 10 feet thick on the average. The beauty and originality of the architecture of The Potala Palace increase visitors’ spiritual and historic interest in the site.

632m-tall Shanghai Towers is one of the most advanced and sustainable buildings in the world. It has the honor of being Shanghai’s longest building and the second-largest building in the world. It has around 128 floors and is equipped with the world’s second-fastest elevator at a speed of 20.5 meters per second.  The exterior spiral structure of the building adds the much-needed charm to its exotic beauty and symbolizes China’s emergence as a future global financial power. This centerpiece was designed and mastered by a local team of Gensler architects who were on a mission to embody the city’s rich culture.  It is a new and unique venture that provides you the exotic experience of enjoying gatherings in parks stacked vertically.

4. The Palace Museum in Beijing

The Palace Museum situated in the city center of Beijing is also known as the forbidden city. The most interesting fact about this famous monument in China is that it remained the imperial palace for twenty-four emperors. It was built around 1406-1420 during the reign of Emperor Chengzu in the Ming Dynasty. When we talk about famous Chinese architecture it is one of the most unique sites to visit and explore. All four corners of the curtain wall have delicately structured towers on it.

The largest eastern church in the east and southeast Asia is located in China’s most Russian accented town, Harbin. The 54-meter tall, 721-square meter neo-Byzantine structure was engineered in the early twentieth century as a religious image for the native Orthodox community. Previously, the church was used as a warehouse for twenty years and is currently a state-run repository showcasing the city’s design, art, and heritage. This 13-cupola sanctuary has become a spot of worship for Kievites as well as a political and cultural center. Previously, many conferences with foreign diplomats were held here and a lot of written agreements negotiations were also controlled here. Moreover, the church housed the primary library and college in Kyiv an Rus. Now, the eighteenth-century church serves as a repository and contains archaeologic artifacts and architectural models of how Kyiv looked before being dismantled by Mongol invaders in 1240.

Jin Mao Tower additionally called the Jin Mao Building or Jin Mao Tower is the third tallest building in Shanghai. It is amongst one of the most famous buildings in China. Jin Mao Tower is an 88-story landmark skyscraper, located in the center of Lujiazui, Pudong New District, Shanghai. If you want to look at modern Chinese architecture with an ancient touch to it Jin Mao tower is the best constructional example of such an architectural mixture. The architect combined the elements of traditional Chinese culture with the modern architectural styles of this time to produce a masterpiece.

Giant Wild Goose Pagoda is an ancient Buddhist temple situated in southern Xi’an, Shaanxi province, China. It has glorified the importance and beauty of Silk Road with its architectural wonders, precious Buddhist relics, rich spiritual and religious culture, and stories of the renowned ancient monk – Xuan Zang. Built for over 1300 years, this brick tower is currently the earliest attic styled building in the Tang dynasty. It is thought to be the gem of Chinese ancient history and sacred Buddhist land. Now, it also serves as the landmark of Xi’an town and a significant place for the hospitable foreign leaders and friends.

The headquarters of China Central Television is an iconic 234-meter non-traditional building located in Guanghua Road in the Beijing Central Business District. The edifice has fifty-four floors and sports a novel, geometric style. The architectural style of the building revolves around the phenomenon of deconstructivism; it is basically formed like a loop with the two ‘L’ shaped buildings connecting at the highest and lowest ends. It is from this building that almost all of China’s television broadcasts are recorded, created and aired.

9. The Lotus Building in Jiangsu

The Lotus Building that seems to be growing right out of the water is designed by Studio 505, an Australian architectural firm. Blooming out of a synthetic lake, in the middle of Wujin, it showcases the three stages of the flower from the new young bud to the complete ripe flower to the opened bloom with a seed pod inside it. The entrance is found below the lake and the inside holds conference rooms, conference centers and exhibition halls. Therefore, the building is home to departments of the city’s planning and designing bureau, creating it one of the most stunning government establishment.

A Chinese executive, Liu Dejian who is undoubtedly a huge Star Trek fan has constructed a building that pays homage to Star Trek’s USS Enterprise. Amongst all the famous buildings in China Star Trek Enterprise is the best current example of modern Chinese architecture. To be precise, the building features thirty-foot slides made from metal for easy and speedy access to the lowest level of the building. It also has automatic sliding doors between rooms and an enormous duplicate of a T-Rex. If you are also one of those crazy Start Trek fans then you must pay pilgrimage to Star Trek Enterprise Building in China. 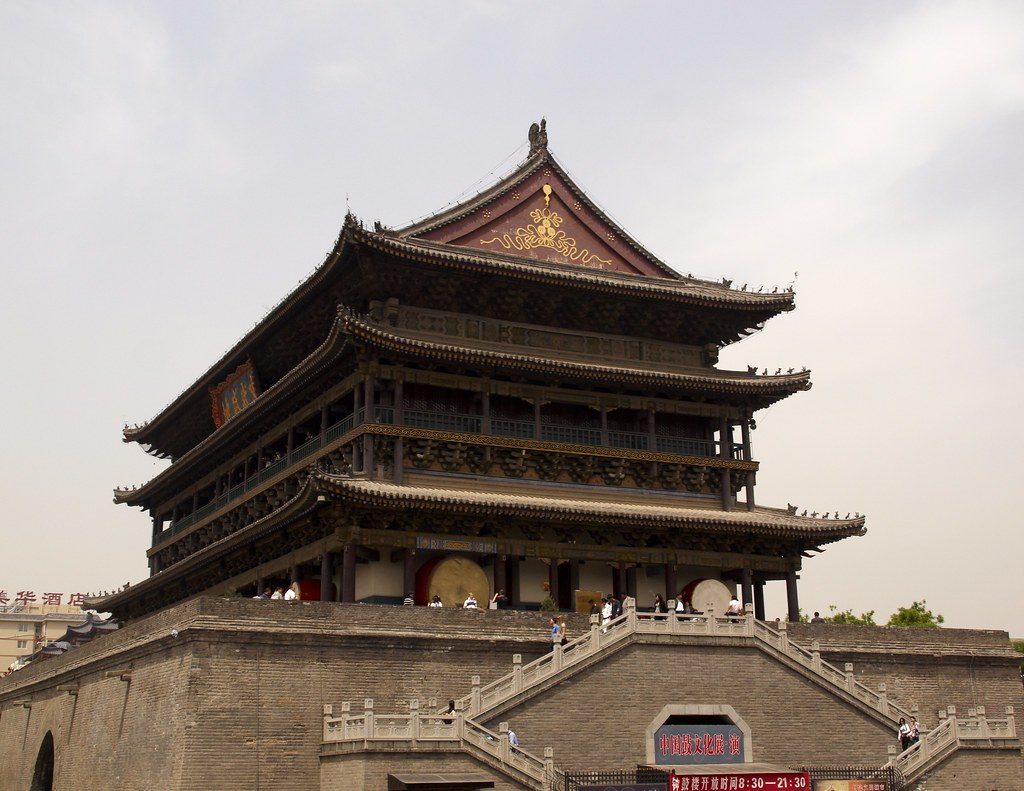 I’m sure that after reading this article you would not disagree with this statement that China is an architecturally diverse country with all sorts of designs and sculptures housed within. From European historic buildings to gothic and baroque designs you will find it all here.