How Much is a Cup of Coffee in China?

If you’re a tourist or expat and wondering “how much is a cop of coffee in China?” In an instant shop or fast food restaurant, a cup of coffee goes for about 7 yuan, while in a higher end shop like Starbucks or Luckin coffee will cost you about 40 yuan. Prices will be higher or lower depending on what tier city you are in. Big cities in China like Beijing or Shanghai will have higher costs.

For visitors who love to frequent the go-to coffee shops, you should note that the prices per cup of coffee have increased by 30 yuan ($4.32) for the large Americano. You need to adjust your pocket and prepare yourself when heading to China. Prices are generally affordable and are one of the reasons why coffee consumption rates in China has skyrocketed over the last couple of years.

Coffee drinking is a recent trend that most Chinese, especially of the millennial age, have taken up, its consumption has tremendously risen mostly in urban areas as it’s the go-to beverage that offers a quick fix no matter the time of the day. 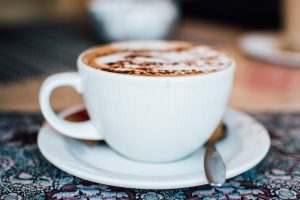 Where to Buy The Best Coffee in China?

Have you ever wondered where you can get the best coffee in China? Well as tourists or foreigners, you’ll be surprised that Chinese people drink tea more than coffee. The Chinese tea culture dates back thousands of years, and its people have a profound tea culture, in most households in China, most people start off their day with tea especially in the rural areas where tea is still widely drunk.

But if you are an avid coffee drinker and want to know where you can buy, here are some recommendations:

In the beginning, there was a lot of uncertainty whether China would adopt the coffee drinking culture as it was viewed as a westernized culture, but thanks to Starbucks and other brands all that has changed as the shift has slowly started to move. In major cities and metropolis, instant coffee is widely sold, and most of the consumers are young and trendy working-class professionals. Consumption of coffee has skyrocketed tripling in just five years.

Starbucks is at the forefront in the emergence of coffee culture; it’s reported that in every 15 hours a coffee shop pops up underlining the rise of coffee culture catering to the growing demand of the urban middles class.

In most rural areas, many a lot of people are still unfamiliar with coffee as its consumption’s are still centralized in major urban city centers. The Chinese coffee market has emerged as one of the fastest growing markets for international coffee chains and coffee growers who are set to tap into the rich, vibrant market.

Can I drink Coffee in China?

In China especially in Urban areas, you will find plenty of multi-national coffee shops and cafes, most of the coffee is drunk on the go especially during the morning rush hour, more people are drinking coffee and its seen as the perfect alternative for tea.

The development of coffee culture is viewed as the perfect blend between westernization while also maintaining the local Chinese culture, in many restaurants and food zones, you will find menus comprising of cherry blossom lattes and red bean lattes symbolizing the acceptance of coffee into the Chinese culture.

Is it Safe to Drink Coffee in China? 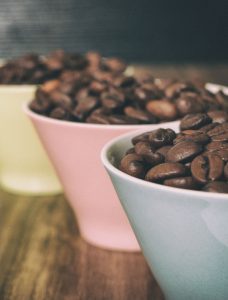 China has one of the strictest regulations in Asia when it comes to food and safety, so it’s completely safer to enjoy your cup of coffee in China. The only difference is Chinese people prefer their drinks to be warm or hot as it believed it’s better for their digestive system.

There are a lot of established cafes and coffee conglomerates that that source coffee beans from the richest and fertile parts of the world to ensure you have an enjoyable and unforgettable coffee experience.

For visitors in China, you should familiarize yourself with the local dialect or have an interpreter with you that can assist you in ordering coffee to suit your taste and preference.

Dining out with friends and family with a drink in your hand is the ultimate urban lifestyle, as the economy continues to grow; Chinese consumers will more than likely explore and try out new things and explore a new range of products and services especially coffee.

The coffee drinking craze that’s currently being witnessed in China has a similar resemblance to that experienced in Japan in the year 1963 and 1973.The Chinese middle-class who are behind the drive of coffee culture is set to grow by double-digit to 600 million in 2022; there is still a lot of untapped investment potential as more Chinese are looking for contemporary urban lifestyles that sync with their culture.

Cultural Differences That You Should be Aware of as a Visitor

For most westerners, they are always used to going on solo coffee runs. Well if you are in China, or visiting for the first time,  you need to note some of the cultural differences. In China, it’s customary never to drink alone, its always advisable to always drink with a group of friends.

If you are traveling with your family, you can always grab a coffee with them or invite some long-lost friend whom you have never kept in touch with in ages.

So hopefully now you understand how much is a cup of coffee in China and can know where to buy one from. There are plenty of coffee shops and cafés that brew some of the best beans in the world you’ll be spoiled with many wonderful choices, with that I wish you a happy caffeine day! If you have any questions of comments, please reply them below.