The Renminbi is the official currency of the People’s Republic of China, commonly known as China. The Yuan is the basic unit of renminbi; however, it is additionally referred to as Chinese currency most of the time, particularly in international contexts where Chinese yuan is accustomed to refer to renminbi. The difference between renminbi and yuan is that renminbi is the name of the currency and yuan refers to its primary unit. One yuan is divided into ten Jiao and a Jiao is successively divided into ten fens. The renminbi (currency in China) is issued by the People’s Bank of China, the financial authority of China.

What is the Chinese Currency called?

Tourists in China are usually confused about how to refer to the Chinese currency. In English, some folks name it as the ‘Chinese dollar.’ There are three common names and two regular symbols usually used for currency in China. The official name for the Chinese currency is Renminbi, which interprets people’s currency and is abbreviated to RMB. The foremost widespread internationally used name is yuan, which is abbreviated to CNY. You will be able to write either CNY 1000 or RMB 1000, both are correct.

The official sign representing the Chinese yuan is ¥. However, in most of the restaurants and stores in China, the symbol is depicted by the Chinese character 元 instead, that is pronounced yuan. Whereas, while traveling in China, you may conjointly here say ‘Kuai’ pronounced as kwai, which is a native word for yuan. 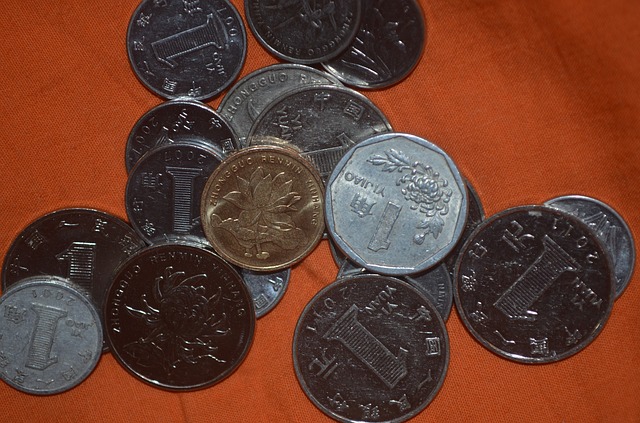 What is the difference Between RMB and Yuan?

There is no distinction between the RMB and Yuan. The RMB is the official currency of the People’s Republic of China and interprets people’s cash. Its international symbol is CNY (or CNH in Hong Kong; however, abbreviated as RMB with the image ¥). The yuan is the name of the unit within which renminbi transactions are denominated; however, it is additionally referred to as the Chinese currency usually. This is the same as the pound sterling (the name of the British currency), while the price of a commodity in a typical London store would be simply stated in pounds. I hope the difference is clear now.

What does RMB stand for?

RMB is an abbreviation for the official Chinese currency. RMB stands for Ren Min Bi, which when translated to English means people’s money or notes. Yuan is the base unit in RMB, similar to a dollar in USD.

Which is the best place to buy Chinese yuan?

There are many places where you will be able to exchange currencies in China, ranging from the airport to some major hotels, most native banks, and even some exchange kiosks and some booths that are spread in cities across the country. However, it is easier to exchange money directly in China instead of via a traveler’s letter of credit or Mastercard therefore, you must carry enough cash with you because it is also hard to withdraw US dollars once you reach China.

No matter what location you select to exchange your cash you will be needing to make sure that you do so before heading over to the rural areas or decide to visit smaller towns and villages. As you would possibly not be able to notice a bank with overseas exchange counter outside the major Chinese cities, therefore you must assure that you have enough CYN before you decide to leave the city.

Role of Renminbi in International Market

In terms of size and dynamism, the economy of the People’s Republic of China stands out among the rising markets of the world. It has already become the world’s second-largest economy and is currently one of the most important contributors to international growth. These developments have a diode to intense speculation that the renminbi can soon become one of the key international currencies, ruling the world.

Chinese currency is not that much freely convertible, which implies that the rate of exchange of RMB is usually tormented by the government policies and is very difficult to predict. The Chinese government does not prefer to see huge fluctuations with the renminbi’s rate of exchange and thus, they intervene from time to time to avoid this situation. For those who are planning to visit China in the nearing future, if you suspect that in the future there will be a possible rising or falling trend within the rate of exchange of your home currency and Chinese RMB, then booking an early tour with a private travel agency or travel guide could possibly be a great way to reduce chances of exchange loss.

Other Tips and Payment Ways

As China speedily modernizes, different payment strategies became accessible for international travelers as well as usage of debit or credit cards at native ATMs and numerous mobile payment methods like Alipay and WeChat pay that gained popularity. You can usually draw out cash from ATMs in major cities and even in some smaller towns. However, you must seek advice from your bank before you travel to China to access the applicable fees and to know about your eligibility to draw out cash abroad. While it may be a bit costlier than drawing out cash from a bank directly, the convenience exploitation of ATMs has brought makes the dealings and transactions worth the additional charges.

Understanding the concept of the Chinese monetary unit and its further divisions can be a bit tricky and complicated but you can only carefreely enjoy your trip to China if you have made all the necessary arrangements required for the exchange of currency. Whether, you exchange your currency before traveling abroad or whether you carry it in the form of a traveler’s cheque the choice is completely yours, but make sure you have enough money to last long.

One Response to “Chinese Currency – Tips on Using Money in China”